History↑
The Centre for Adverse Reactions Monitoring was established in its earliest form in 1965 and was one of the first of a small group of countries around the globe to setup an adverse drug reaction monitoring (ADR) programme. Tragically it was the recognition in the very early sixties that thalidomide, a medicine used to manage nausea or as a sedative in pregnancy was associated with congenital abnormalities that spurred the establishment of national adverse drug reaction monitoring centres. New Zealand’s Adverse Reaction Monitoring was established in the University of Otago’s Department of Pharmacology and is still located at the University today as the Centre for Adverse Reactions Monitoring (CARM) hosted within the Department of Preventive and Social Medicine in the Dunedin School of Medicine.

IMMP↑
In 1977 a new programme was added – the Intensive Medicines Monitoring Programme (IMMP), which utilised a prospective cohort event monitoring approach based on monitoring events following prescriptions for specific medicines of interest. The recognition of the occulomucocutaneous syndrome with one of the earliest beta blockers that was new and novel at the time, Practolol, which took over two years to establish through spontaneous monitoring, led New Zealand to develop a programme that could identify safety issues earlier than through existing reporting methods. The IMMP was introduced to monitor adverse events to new medicines where typically the only safety experiences available were confined to those from clinical trials and not the real world exposure.
(Unfortunately in December 2013 the IMMP ceased operations due to lack of funding)

IVMP
In 2003 the Centre established the Intensive Vaccine Monitoring Programme (IVMP) to monitor the safety with the introduction of a New Zealand-specific tailor-made Meningococcal B vaccine (MeNZB™) for epidemic control. The IVMP was based on the IMMP and monitored a observational cohort of children who received the MeNZB™ vaccine prospectively in real time using electronic data transferred from GP clinical practice software, online analysis and reporting to support the multiple safety surveillance systems for this new vaccine.

NZPhvC
The New Zealand Pharmacovigilance Centre was also created in 2003 to serve as an umbrella title to support the three synergistic programs that had been brought into operation.

MERP↑
Our interests increasingly focussed on the potential preventability of some adverse events that were observed in routine reports of ADR’s to CARM. This led to the establishment of a Medication Error Reporting Pilot study in 2009 that based on its success resulted in incorporating this activity as the Medication Error Reporting Programme as a formal component of the NZPhvC which encourages the reporting any errors that occur in the context of the use of medications to the Centre.

Psychoactive Substance Monitoring↑
The most recent initiative has been our role in providing a focal point for the reporting and surveillance of adverse events experienced with the use of Psychoactive Substances. Psychoactive substances in the New Zealand context refer to products such as synthetic cannabinoids used for non-therapeutic recreational stimulant purposes. In 2013 the Ministry of Health introduced novel legislation to control these substances where they are claimed to have low risk. In support of the need to monitor the safety of these products, it was recognised that the NZPhvC’s credibility and monitoring system expertise could apply a similar approach to evaluating reports used in therapeutic products to these substances utilising the same system of voluntary reporting of adverse events to CARM. In late 2013 the NZPhvC commenced monitoring reports of adverse events due to psychoactive substances. 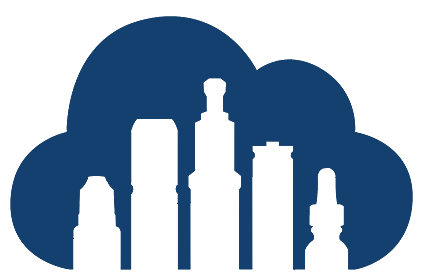 Please note: The CARM COVID Adverse Event form is not supported on Internet Explorer. We recommend using Google Chrome, which can be downloaded free